So the general contractor wants our umbrella coverage to do what?...

Over the past several years, insurance requirements for general contractors (GC’s for this discussion will also include larger property owners etc.) have mandated their subcontractors and contractors to fulfill an ever-lengthening list of insurance requirements.  Not only are these demands forced on you in order to work on a given project, but you must follow through to get paid.  While it is now second nature to contact your insurance broker and ask that a certificate of insurance be issued fulfilling their requests, it is becoming more complicated.

The typical general contractor insurance requirements listed by the GC may include limits of insurance for your liability, auto, workers' compensation, umbrella, inland marine, professional errors and omissions and others as needed.  In addition, to limit disputes it gets even more complicated.  Terms like “waiver of subrogation,” “additional insured,” “primary and non-contributory”... it goes on and on.  To stir the pot a little further some of the above may be required on some or all policies.

A recent trend has been the request for the umbrella coverage to “follow form” and name the owner, architects, GC’s, and their relatives as “additional insureds.” Some insurance providers are responding with a range of responses from “sure” to a simple “no.”

The Question at Hand is What are They Looking for and why are They Requesting This?

To back up slightly, the umbrella coverage sits on top of and extends coverage to the underlying liability policies.  The limit extends the general liability, auto and employers liability which is part of the workers' compensation policy. For example, if there was a large bodily injury claim for $2 million the standard general liability policy of $1 million per occurrence would respond up to that limit and in this case since an umbrella policy was in place will cover the next $1 million of the claim.

What Does the Term “Primary and Non-Contributory” Mean?

The thought is that if you are doing a large job and you cause a claim your insurance will pay first or primary.  This request is common on the general liability policy but not standard on most umbrellas.  By definition an umbrella policy is not primary - it sits on top of the other policies and responds only after those limits are exhausted.  The non-contributory portion says that your insurance will not seek contribution from the general contractor's insurance carrier.  This ultimately helps protect the general contractor’s insurance premiums with little to no benefit to the contractor.

So Why is The Property Owner Now Asking That my Umbrella Policy be Primary and Non-Contributory?

The attorney who first came up this idea has certainly caused more confusion than good.  Undoubtedly the purpose was an attempt to make the downstream contractor eat all of a claim regardless of fault.  “Through our contract you did add us as "primary and non-contributory," the call from the owner states firmly after a claim.

In Illinois, previous court cases have stated that the standard approach as to who pays on a large claim is answered through horizontal exhaustion.  For example, on a large apartment complex claim in which multiple contractors are all simultaneously working for the owner acting as the GC, a huge claim occurs of $10 million.   Four subcontractors and the owner’s insurance are all called in for contribution on the claim.  The owner hoped that his insurance would not be touched because he had primary non-contributory on his indemnification agreements with all the subcontractors.  He requests that all sub’s pay with their general liability policy limits along with their umbrellas that they each carry and his not respond at all.   Illinois and most state’s law would say not so fast.  All underlying general liability policies will deplete their limits horizontally prior to any umbrella being affected.

To expand on the previous thoughts, in your contract or insurance indemnification agreement, you or your agent notice that the requirement states that “excess/umbrella policy follow form” or some close derivative of that.  It is often misunderstood and a mistaken thought that umbrella policies are automatically “follow form” and immediately respond to when the underlying general liability policy limits are exhausted and therefore follow the “primary and non-contributory” issue.  Even umbrella polices that follow form do not follow the other insurance conditions of the underlying policies.  And so the spiral continues.  Have your broker or agent clarify if your umbrella is follow form if you are being required to provide it.  Breach of contract suits are not covered under your policy and can be expensive to defend.

The general contractor's insurance clerk said we must provide the “primary non-contributory wording” on your umbrella and note it on our certificate or we don’t get the work.  What do you do?  First contact your insurance broker and ask if you have the coverage currently on your policy and if not, what will it take to get the wording added by endorsement.  If it not included, some carriers are offering to allow the endorsement on either a per additional insured name, per job, or on a blanket basis which is preferred if allowed and the cost makes sense.  For those carriers that do not offer this policy language as standard policy verbiage it often can be added for an additional cost of up to $1,000 per additional insured or as high as $10,000 on a blanket basis.

According to an IRMI (International Risk Management Institute) seminar on this topic, the GC is not afforded any additional coverage by requiring the follow form, primary non-contributory language on the umbrella policy.

The primary non-contributory language should never have started in the first place.  Now that it is here the best thing you can do is understand it, make sure your broker understands it, and that you are not signing contracts that place you in line for a breach of contract suit.

As large court cases are filed and Illinois courts decide on how they read previous case law and how they will interpret these wording changes, time will tell when the next major change in direction occurs.

This blog post on General Contractor Insurance was written on August 31, 2017 by Bob Glonek, a Risk Management Consultant at Connor & Gallagher OneSource. Have a question for Bob? Email info@GoCGO.com. 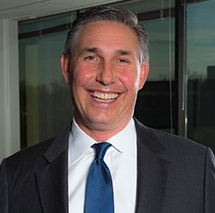 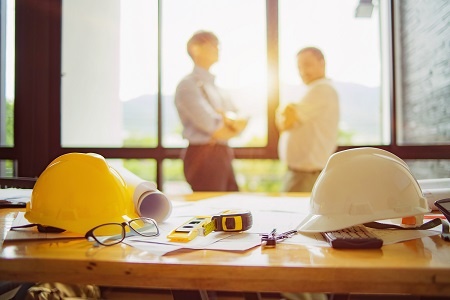